The limited Craft&Ride Enamel Pint Set is ready to join your collection.

Pins are super rad, great for my bag where I can’t put stickers.

Pin the finishing touches on your bags, jackets or hats with this cool enamel pinset I'm stoked with them!

Top quality . Well stoked . Have pined on my onewheel bag.

Perfect addition to my collection

I really like ordering from Craft & Ride. Their products are really high quality. They have an awesome selection of OneWheel products. Craft & Ride's time to ship and delivery was "spot on". Thank You Guys!! :)

If there is a blemish on it, it doesn't stand out to me. Fender works good, like the mag mount.

Love this foot pad! Foot fatigue drastically reduced and I don't think I could ever go back to a pad without some concave to it. 10/10 product!

I have the magnetic fender for my XR since about a year ago. It's a great tool. I lost one of the metal plates at one of the corners, but it still works. I do. not like, that they got rusty after the first 2 rides. I believe there is some way to improve the producs. Lets hope craft and ride will change it. At any other point - you guys are my place to order! thanks!

Edit: I sent this Review - and i received an email 25 min later on a sunday evening from nick, that he will sent me a replacement for the mounts. That's customer success! I like these guys more every day! Thanks you, Nick! Up from 2 to 5 stars!

I sometimes wish that I could b the one to say Nick sux.
But alas I cannot.
Ur the balls Nick.
And the only explanation is that u cloned urself. Don’t know how u have enough time to plz everyone, but u do. C&R IS THE SHIT. 🤙

SilverHandle for Onewheel™
Color is beautiful

It’s not always the big things, but colorful little things matter as well. I love my purple and red value stems by Craft & Ride

Fits perfectly well . Looks and feels really durable . Give me a peace of mind that my one wheel is well protected ! Not to mention that response time was excellent when i had a problem with the wrong fit i ordered . Thanks again Nick for all your help !👍🏼

Burris 11 x 5.5-6 Treaded Tire for Onewheel™ (PREORDER: Shipping by the end of March)
It’s how a onewheel should feel

I liked the look of the Hoosier, and knew I wanted to upgrade. The Burris happened to be released when I was looking. Knowing it was made specifically for the OW, it was worth a shot. It completely changed my riding experience from the stock Vega. It’s stable, yet carves like a fine tuned knife. Bumps, “chop”, holes, divots, uneven surfaces, ruts in grass, it eats alive compared to the Vega. Those that felt like you were riding a rolling pin previously, are way more stable and less sketchy. I believe it allows the experience of riding a onewheel to feel as it was intended. Make it the next upgrade to your board. It increases my confidence on all surfaces. I thought the onewheel was just easy to learn and hard to master, and it is…but this tire changes everything. Small bumps, constant bumps are not as sketchy and it doesn’t wobble like the Vega. I thought it was my stance or weight distribution I could NOT solve with the vega.

“A poor craftsman blames his tools”

Get that rolling pin off of your set, and truly float!💯 Burris AT all day
Feels like you could go 100mph stable AF.

No complaints !!! Also comes with a valve stem remover.

Thanks Nick for the opportunity to pick my new tire up in person. Can’t wait to install it and feel the pavement under it!!

This is my second trunk saver stand for my onewheel. First one was from Amazon and it was garbage and didn’t work well. Got this one and it was night and day. No rolling around and stays in place. Should have bought this one first. Thanks craft and ride for your great products and excellent customer service!

Pins are super rad, great for my bag where I can’t put stickers.

Pin the finishing touches on your bags, jackets or hats with this cool enamel pinset I'm stoked with them!

Top quality . Well stoked . Have pined on my onewheel bag.

Perfect addition to my collection

Ordered from them a few times now. Changed orders and added things with ease. Best customer service I've experienced in a while. Thanx C&R 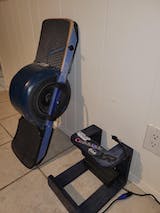 Products are really good quality. I have a magnetic fender and the best fender on the market and ordered some other stuff that ended up getting stolen from my porch and nick helped replace my order. Craft and ride is a great team. 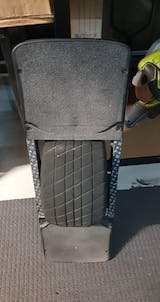 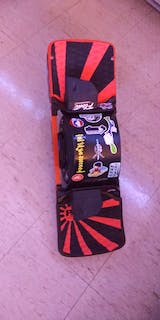