To better provide you with customization ideas and new perspectives of our accessories, we've created a page called Craft&Ride Loadouts! Check out complete Onewheel builds here for inspiration and leave a suggestion for future Craft&Ride Loadouts.

Very happy I ordered these float plates for my pint. I bought white and I'm surprised that they stay so clean. They aren't too thick and are super protective of the bumpers. Additionally, the customer service I got from C&R was outstanding and based on that alone, they will be my sole supplier of Onewheel accessories.

Fast shipping, great product, and superb customer service! I also accidentally ordered Sidekicks for an XR, which I meant to be for the Pint... They sent me the correct ones in exchange super fast too!

Excellent addition to my Pint. Easy install . The only minor issue is the tape supplied on the plate. It let go. I have added double sided tape to the plate ,problem solved. Great customer service and fast shipping from C&R !!!

M
M.
Much better than the two-piece plates.

One of the problems I have with the two-piece float plates, is that the rear plate never stays stuck to the board no matter how strong the tape. This one-piece design fixes that issue and also has a raised front edge that is smooth instead of abrupt. I can't help but wonder if I would have avoided a painful nose-dive and sprained wrist if I had gotten this a week earlier. Great product, guys! Looks great too. OH, I almost forgot the handle built into the front! It is great too. It is just barely enough to get your fingers on if you need to grab the board by the front.

A
A.G.
The protection you need!

I bought the pint for all the buddies who always want to have a go on your one wheel and decided I needed the full protection possible. Well, the Pints been through over 100 miles of abuse offroad now with this plate on and its taken everything that has been thrown at it and has come out with only minor scrapes. I don't even want to imagine how many bumpers I would have to order compared to one floatplate 100% worth the cost if you want your board to stay pristine.

Got my plates and guards quickly and as described thanks Nick 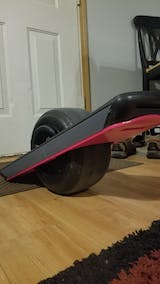 It looks badass, invaluable upgrade for my onewheel, without a doubt the best upgrade I've done.

Great design with their products, in particular the magnetic fender. The customer service is top-notch and very accessible! 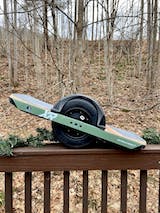 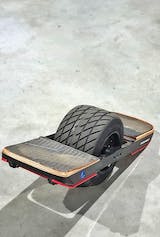 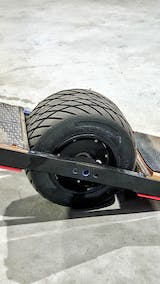 We can’t rave about this company enough! Product and customer service is A+. Will buy from them again in a heart beat. Love!

Had a great experience with customer support with Craft & Ride! Other companies could learn a lot from these guys! Inovative Products to boot.

I was super excited to be able to place my first order during Craft & Ride's great Black Friday sale which included a site-wide discount as well as free international shipping which can be prohibitively expensive normally. Due to a couple issues with the order there ended up being more back-and-forth than would usually be the case. Nick was super quick to respond, provide updates, and remedy issues.

Overall I am super happy with the products I ordered and the amazing customer service. I would highly recommend ordering from here!! 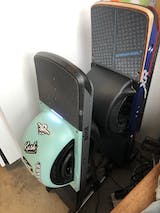