The Burris 11 x 5.0-6 Slick Tire for the Onewheel Pint is now available here.

Astounding difference between stock and this tire!! I was unsure on grass and loose dirt UNTIL NOW!!! Seamless transition from street to off road. Wanna peel off the sidewalk into a grassy park or gravelly trail?! Hit it hard with confidence. I love this tire!!! 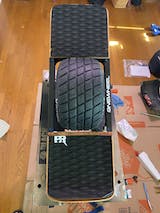 So initially after having installed I hated this tire. It was so different and wobbly feeling that I went from being a confident great rider to suddenly unsure and somewhat unsafe..... I didn’t give up though and after about 3-4 days of riding I got used to it and now I love it. The amount of response and control isn’t unbelievable and totally worth relearning my ride. My only warning is to say this is NOT a beginners tire and does take some getting used to. If your somewhat new or unsure of your skill level maybe consider something more stable BUT if you do take the time and go with this. It’s worth it in the end. I’m glad I did not give up on it. I also want to add how impressed I was with craft and ride. When I first complained about the tire and regretting the change they didn’t even hesitate to offer that I return it and exchange for something different. I’m glad I chose to stick it out but it’s because of the outstanding customer service and care of my satisfaction that I won’t shop anyplace else!!!

I was a Hoosier for the first 3 or 4 years of my life, which helped with tire selection. (That, and anticipation of increased destination rides/group rides/trail rides this summer.) Thankfully, the product—a Hoosier 11 x 5.5-6 Treaded from Craft&Ride—only took a week to arrive.

In the 48 hours before I switched the tires out, I’d begun experiencing some weird conditions with my stock tire—namely an unsettling wobble with my back foot and repeated surges with the XR. I though something was wrong with me and/or the OneWheel was having a system failure.

A friend helped my swap the tires out. During this process, we discovered an industrial staple embedded in the stock tire, which had begun to flatten.

Once the tires were switched, these issues vanished, of course. At the beginning of my first test drive I was thrilled and simultaneously wary. I’d watched a lengthy video the night before, filmed by someone who had swapped out their stock tire after 2 years for the same one I’d selected. (NOTE: I’ve barely had my XR for half a year.)

This person spent nearly 15 minutes complaining about the very tire I’d just put on my ride; so I was thrilled to **NOT** have any of the same issues with it, probably due to my relative “newness” with the OneWheel in comparison.

The Hoosier Treaded rides like a GD dream. It grips the ride surface—pave, dirt, grass...whatever it may be—and spits out any loose debris it encounters,...

...and, yes, it friggin’ LIVES to carve. In this way, it does give you the reaction and “punchiness” that you hear about with The Pint.

Best of both worlds.

Thanks Nick and team. 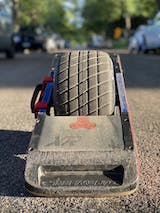 I broke my elbow so I haven’t changed the tire yet but I know it’s Good👍
Arrived quickly too! Doing mostly street shredding, while healing. 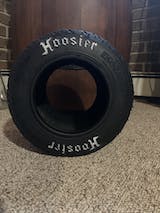 B
B.K.
Makes my XR turn into a super powered pint!

This tire is amazing. It turned my XR into my Pint that I sold to get it. If you like the ride of the pint, but want the power, range, and size of the XR then this tire is for you.

definitely changes the way the board feels completely. Ots easier to turn so your muscle memory way overturns for you when you first get it. Nothing a little bit if riding dodnt change. But be careful the first time you get on after the new wheel. Act like its your first time riding again

Great tire for carving on and off road for a more experienced onewheeler.(beginners have a bit of a harder time learning.) The feel of the tire feels a lot like snowboarding, and being able to track my order on shop was nice.

Amazingly fast response to questions, and quick to solve the little issue I had.

I wish everybody cared about their customers as much as they do!!

A
Craft&Ride A.T.
They help me with my problems that I was having 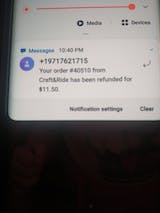 A
Craft&Ride A.B.
Love the products

QUALITY PRODUCTS FOR ONEWHEEL RECOMMENDED FOR ALL.

Excellent customer service by CEO Nick Vitale... truly exceptional company and his range of products are better then any other OW company out there. Just by his customer service alone I'll be returning and recommending his services to others. 5 star all the way.

I can actually lift my board up by the fender, these magnets are so strong! Top notch product and service from Nick and the whole crew at Craft & Ride! 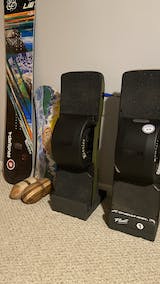