The Float Plates Solo is not compatible with Future Motion Rail Guards, only Float Sidekicks.

I installed my float plate before even powering on my Pint. It’s a small price to pay to protect your investment.

Easy to install and will protect the bottom of your onewheel

Overall seems like a good product. Fits well and will do the job. Only complaint is the backing on the adhesive was nearly impossible to get off, I had to pull the entire adhesive up just to separate the backing from it, hopefully the adhesive holds.

Noice. They keep the bottoms from getting chewed up and add a lil flair too.

The Float plate solo for the onewheel pint is a must-have. Looks amazing and totally functional when it comes to protecting your onewheel. Great experience ordering from Craft & Ride.

Not only did the item ship the next day I ordered it (around 10 PM) but it arived in about 3 buissness days! deffentaly worth the extra shipping cost! after I had worn down the factory tire I knew I needed a replacment one. after a quick google search I found C&R and got the treaded tire and it fits like a glove! I could not be more happy! even the hand written note on the packing slip gave the entire experence that extra push! overall extreamly satisifed! 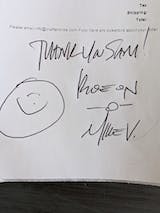 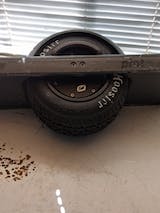 Picked up a black blem fender. Far exceeded expectations! I would go as far as to say it was near perfect condition. Great communication! I will be back for more onewheel items! 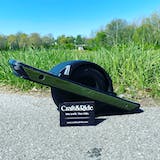 The people here at Craft&Ride are incredible. Never have I had a better experience when purchasing anything online. Their customer service is compared to none. Thank you Nick and Mike for everything that you do. I'm one more person enjoying my ride because of you. Keep the stoke coming. ✌🏻🤙🏻 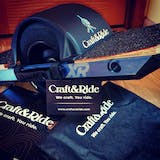 J
Craft&Ride J.d.
Faster than my one wheel

These guys get your product out fast 🚀so your up and riding right away. Phantastic company